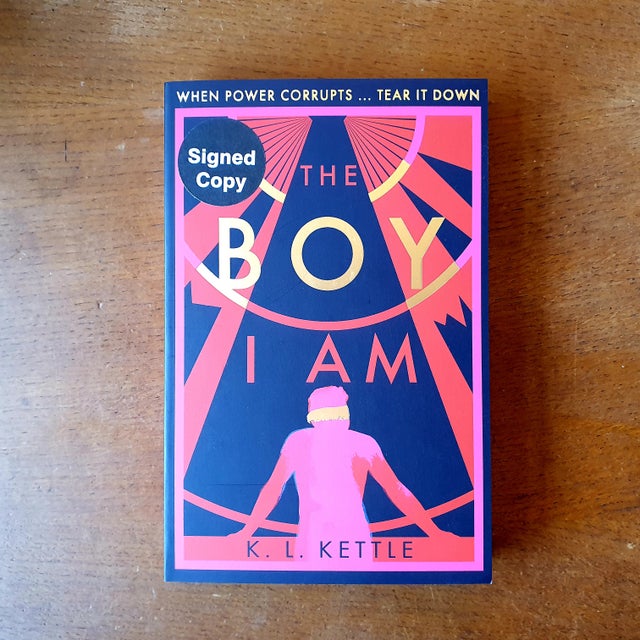 'The Boy I Am' by K.L.Kettle. Signed copy. Paperback

"Jude is running out of time. Once a year, lucky young men in the House of Boys are auctioned to the female elite. And if he fails to be selected, a future in the mines awaits.

Yet ever since the death of his best friend at the hands of the all-powerful Chancellor, Jude has been desperate to escape the path set out for him. Finding himself entangled in a plot to assassinate the Chancellor, Jude finally has a chance to avenge his friend and win his freedom. But at what price?

A speculative YA thriller, which subverts traditional gender roles, for fans of Malorie Blackman, Louise O'Neil and THE POWER."