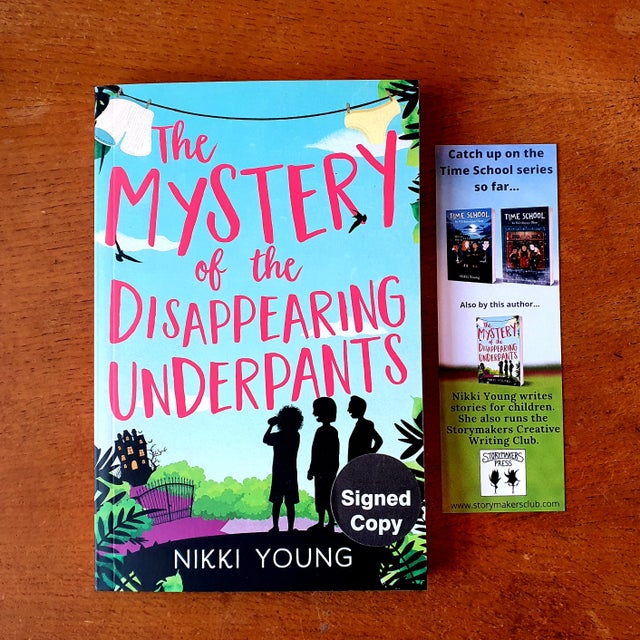 'The Mystery of the Disappearing Underpants' by Nikki Young. Signed copy. Paperback

“Have you ever had something lucky? A pair of trainers that helped you run faster, a pen that made you have the best ideas, a hat that every time you wore it, you won at chess? Well I have my lucky underpants. At least I did until they went missing. Right when I needed them most.”

Based on the street where the author grew up, The Mystery of the Disappearing Underpants is a spy story with a difference.

When Harry and James form a secret agency for the summer, their first task is to investigate the disappearance of Harry’s lucky underpants and to prevent nosey neighbour, Stacey, from interfering in their business. But when a mysterious couple move into an old house on their street, the children are intrigued. Harry and James must join forces with Stacey in order to uncover what is going on at number 35. And with Harry’s attention diverted from the hunt for his lucky underpants, will he ever be able to find them?

Nikki’s debut children’s book explores the consequences of children unknowingly involving themselves with dangerous criminals. It also contains an uplifting and empowering message that will encourage young readers to realise their strengths and believe in themselves.