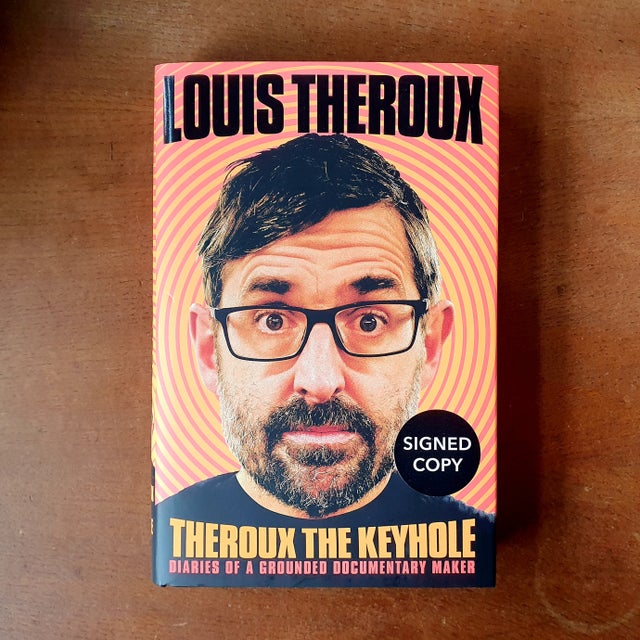 "Come round to Louis Theroux's house where the much-loved TV documentary-maker, podcaster and bestselling author of Gotta Get Theroux This finds himself in unexpected danger . . .

A wife intolerant of his obsession with Joe Wicks' daily workouts. Two teenage sons, inseparable from their videogames, for whom he is increasingly 'cringe'. A five-year-old happily spamming out videos on his own new TikTok account while on holiday with his oblivious family.

Louis also describes how he launches his podcast, Grounded, finally gets to the US to film a new Joe Exotic documentary and aims his sights on the latest incarnation of the far right in a world becoming radicalized by social media. Theroux the Keyhole is Louis at his insightful best, as he faces unforeseen new challenges and wonders why it took a pandemic for him to learn that what really matters in life is right in front of him."

Sold out
Add to Cart