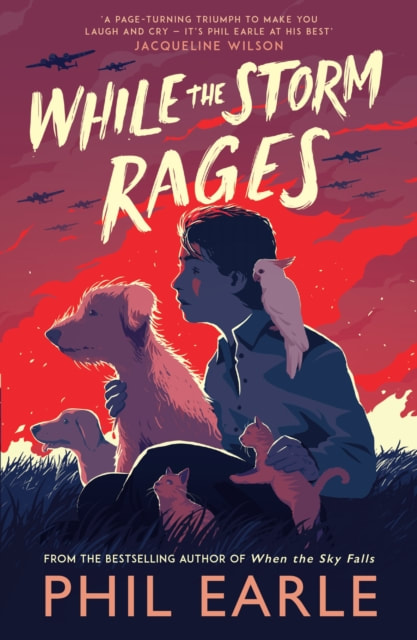 *PRE-ORDER: Ready to ship from Monday 13th June. Collection notifications will be sent on the day*

"September 1939. Britain is on the brink of war. As Noah Price's dad marches off to fight, he asks his son to honour one vital promise: that he will keep their dog, Winn, safe.

No matter what. Noah agrees, but his best intentions are crushed when the government advises people to have their pets put to sleep as part of the war preparations. Children are heartbroken, queues outside vets' surgeries stretch for miles.

But Noah is a resourceful and impetuous child. He won't just do what he is told. Far from it.

With his two friends in tow, he makes a pledge. To go on the run, and save as many animals as he can, whatever the cost. So begins the most thrilling of adventures, involving a stolen ark, a motley crew of animals and a crashed Spitfire.

Can Noah possibly save the animals, and lead them all to the promised land?"