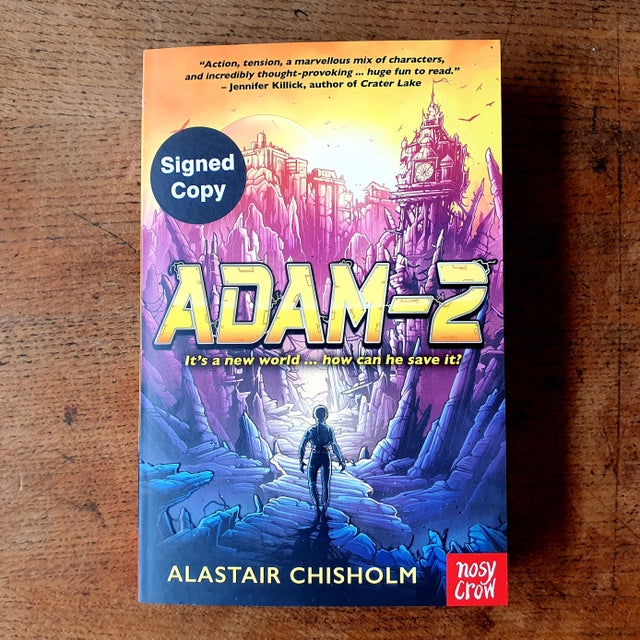 "With incredible twists and turns and an action-packed story, this is a thrilling, unputdownable adventure. The robot Adam-2 has been locked in the basement of a lost building for over two hundred years - until one day he is discovered by two children, and emerges into a world ruined by a civil war between humans and advanced intelligence. Hunted by both sides, Adam discovers that he holds the key to the war, and the power to end it - to destroy one side and save the other.

But which side is right?Surrounded by enemies who want to use him, and allies who mistrust him, Adam must decide who - and what - he really is."