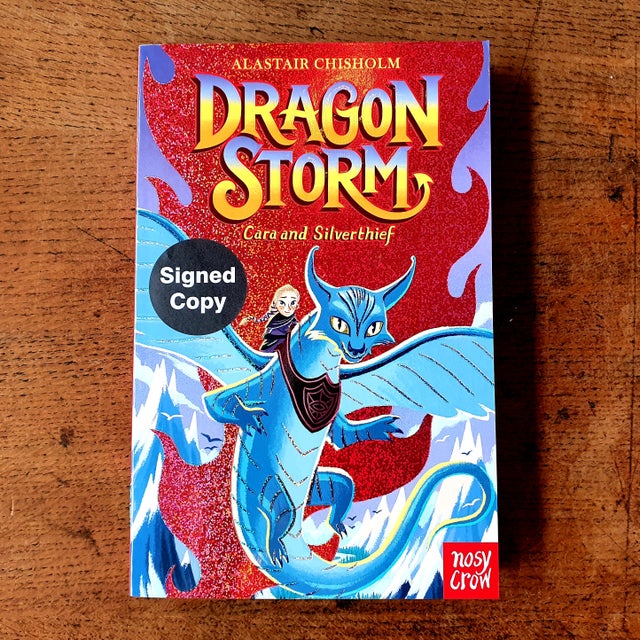 "The second book in a thrilling, magical, and action-packed new fantasy series, illustrated throughout and perfect for 7 - 9 year olds!In the land of Draconis, there are no dragons. Once, there were. Once, humans and dragons were friends, and created the great city of Rivven together.

But then came the Dragon Storm, and the dragons retreated from the world of humans. To the men and women of Draconis, they became legends and myth. Cara has spent her life on the streets, relying on her wits - and a mysterious voice that seemed to live inside her head - for survival.

She's amazed when she learns that the voice actually belongs to a dragon - her dragon - and she's invited to join a hidden society, the Dragonseer Guild, for those who can summon their own dragon. But Cara isn't used to having friends, and so when she and her dragon Silverthief uncover a dangerous secret, they must decide who they can trust... and their lives will depend on it."