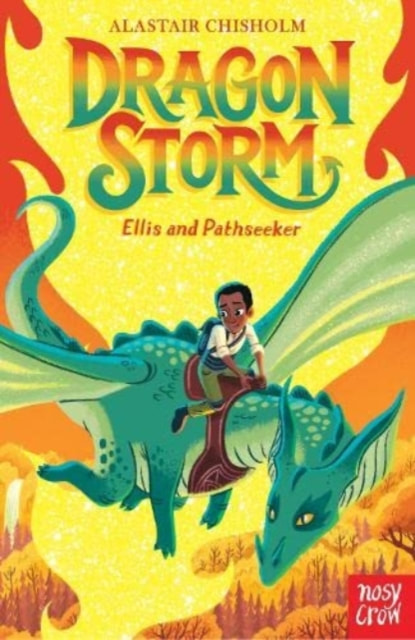 *PRE-ORDER: Ready to ship from Thursday 16th June. Collection notifications will be sent on the day*

"The third book in the thrilling, magical, and action-packed fantasy series, Dragon Storm, illustrated throughout and perfect for 7 - 9 year olds!In the land of Draconis, there are no dragons. Once, there were. Once, humans and dragons were friends, and created the great city of Rivven together.

But then came the Dragon Storm, and the dragons retreated from the world of humans. To the men and women of Draconis, they became legends and myth. It's the Maze Festival in the city of Rivven, and young dragonseer Ellis andhis dragon Pathseeker are determined to be the first to complete the three mazes in the grounds of the king's palace and win this year's tournament.

But after they discover someone secretly using dangerous dragon magic, Ellis and Pathseeker face a far greater challenge - and it will take all of their skills and courage to find their way back home, and keep the existence of the dragons a secret from the king."