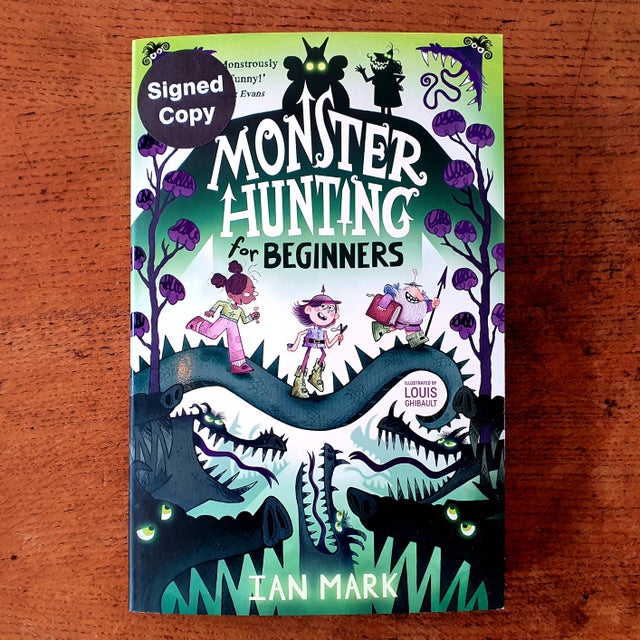 ". . Monster Hunting isn't as easy as it looks.

And Jack should know. Because an ogre has just appeared in his garden and tried to EAT HIS AUNT. (She was the winner of the World's Worst Aunt competition, but that's Not The Point).

After (sort of accidentally) defeating the ogre, Jack finds himself apprenticed to a grumpy, 200-year-old monster hunter called Stoop and heading off to Cornwall, where more ogres are causing havoc. All he has are his wits, his catapult and a magical - sometimes unreliable - book called Monster Hunting for Beginners. Jack's a bit worried he might not be the hero everyone's waiting for.

But then again, how many terrifying, bloodthirsty monsters can there really be? (Answer: ABSOLUTELY LOADS. And a bear called Humbert). A hilarious and accessible story, packed full of illustrations - that gives a twist to all your favourite fairytales and will change everything you thought you knew about monsters! Perfect for apprentice monster hunters aged 8 to 800."