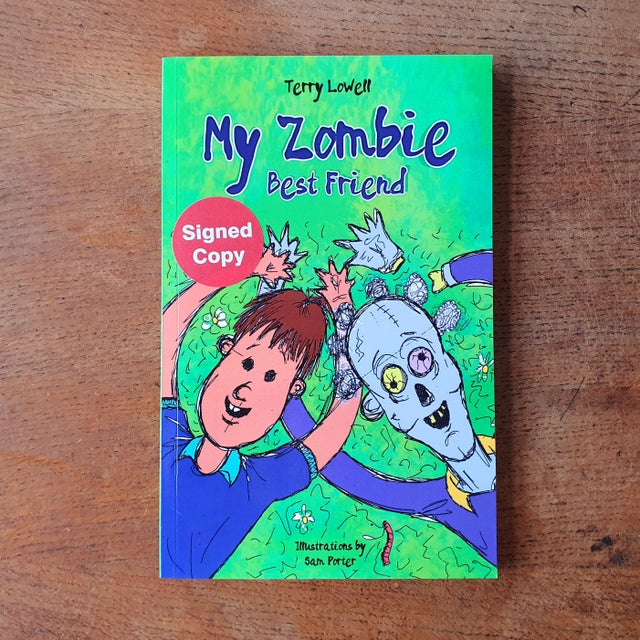 "I looked up and there stood a boy, unlike any boy I'd seen before. He was terribly thin and his brand new school uniform hung off him like an old suit on a scarecrow. His arms dangled inside baggy sleeves, and ended in withered hands and gnarled fingers . His slender neck stuck out from his collar, and his head perched on the end like a lolly on a stick. He was mostly bald with tufts of grey hair on the top of his head and over one ear. He only had one ear.

Nathan had thought everyone was exaggerating, but now he was beginning to wonder if they were right. Maybe he should be scared. After all, it had to be dangerous living next door to a family of zombies."