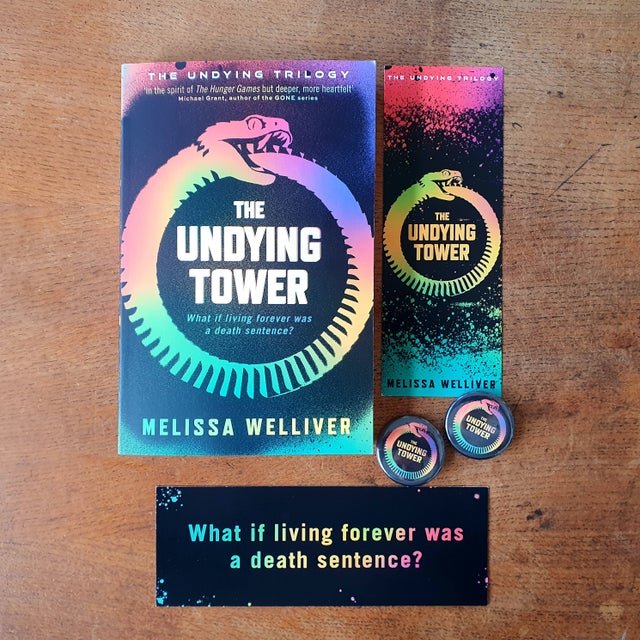 "Decades after the discovery that a small percentage of the population has stopped ageing, the Avalonia Zone is in crisis. From overpopulation to food shortages, the 'Undying' have been blamed fro the state's problems, banished to the fringes of society, and punished for every minor infraction.

When sixteen-year-old Sadie takes the fall for an attack by a rebel group, The Alchemists, she suddenly finds herself wrenched away from her quiet life and from her ailing father.

Armed with little help and even less knowledge, Sadie is thrust into a cold and cryptic 'correctional facility' - The Tower. Here she'll have to rethink everything she's been told about the Undying population in an attempt to save the life she knows, protect a group of unlikely friends, and give voice to the voiceless in a society on the brink f catastrophic upheaval."